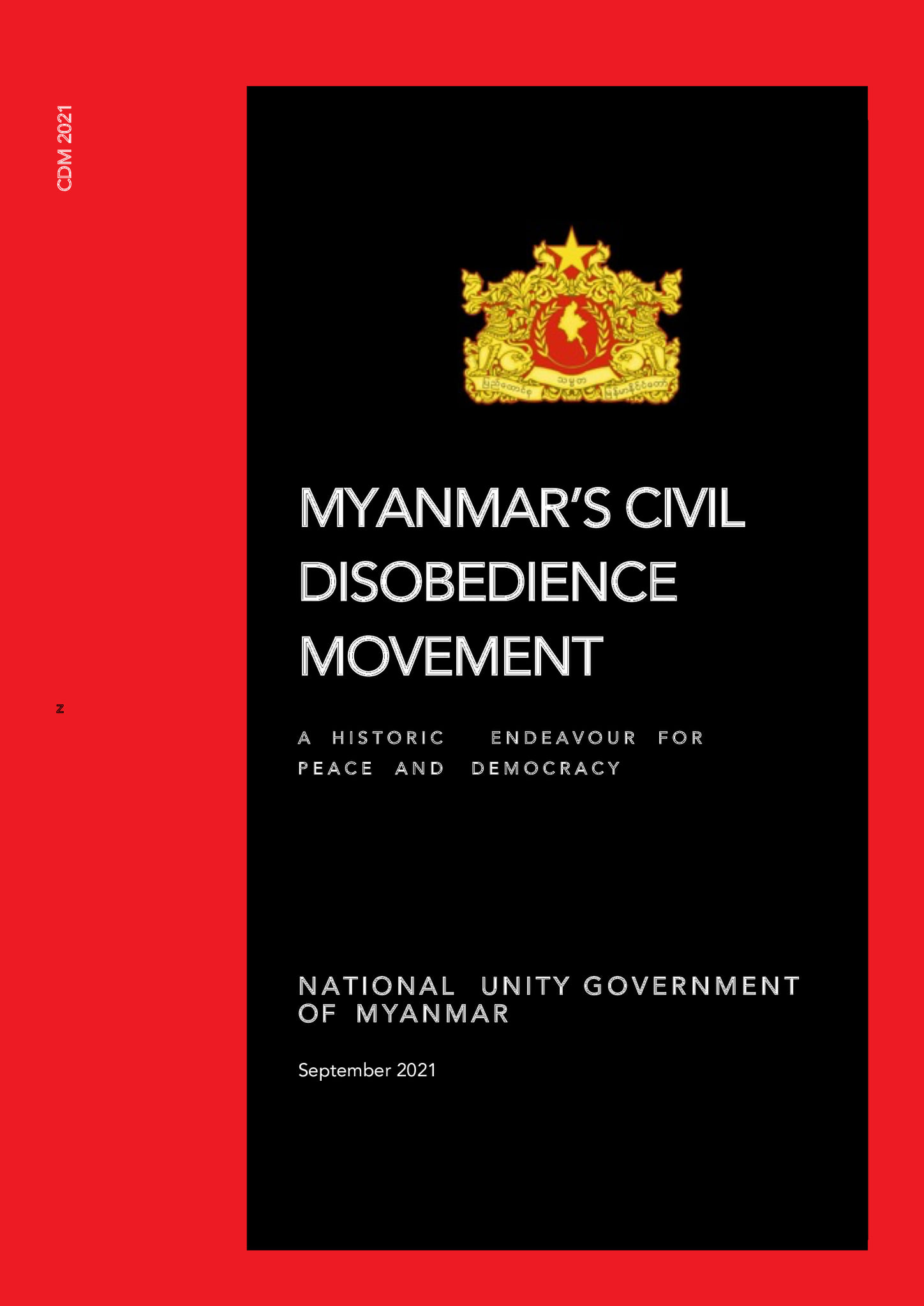 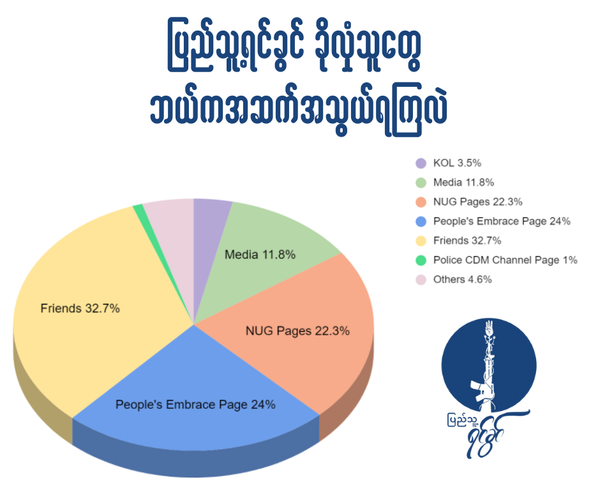 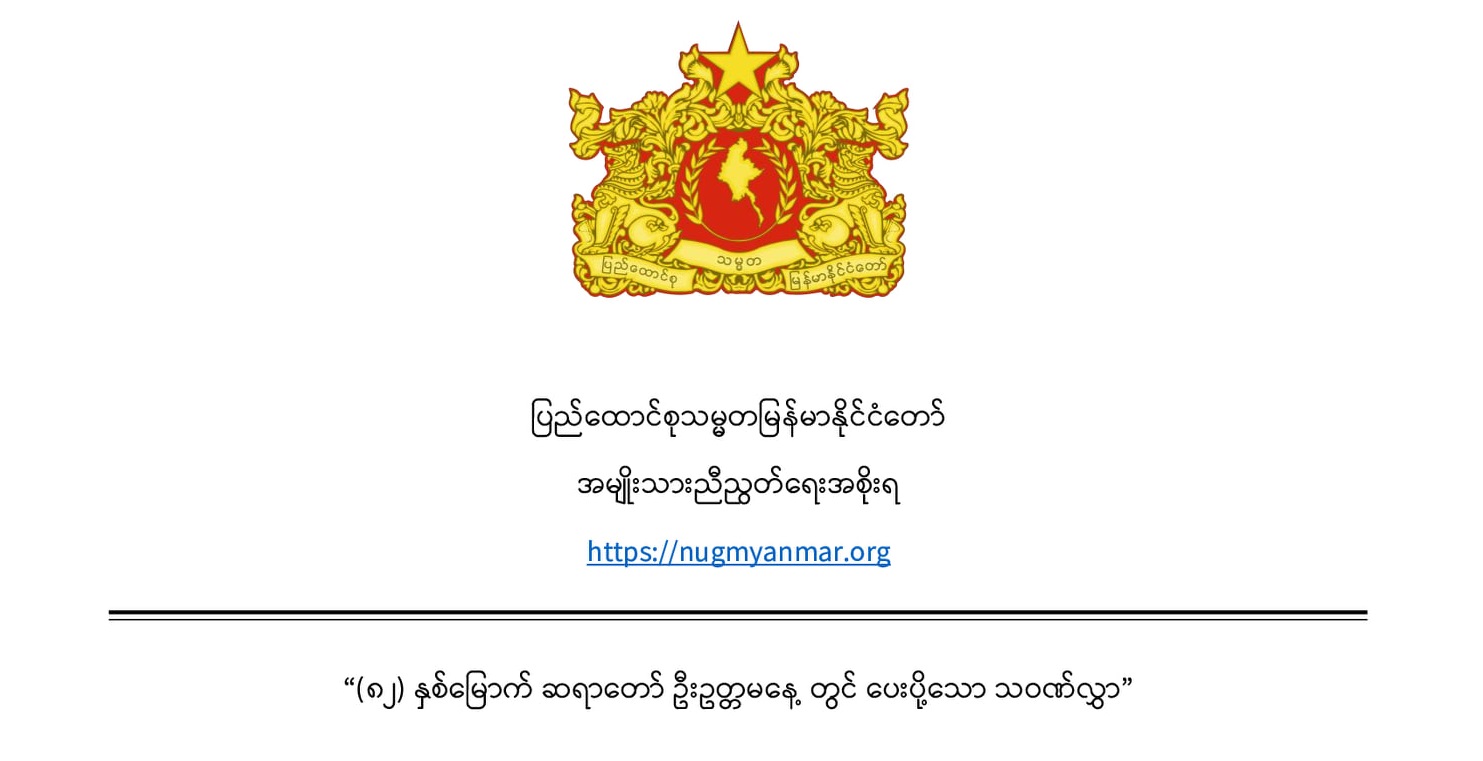 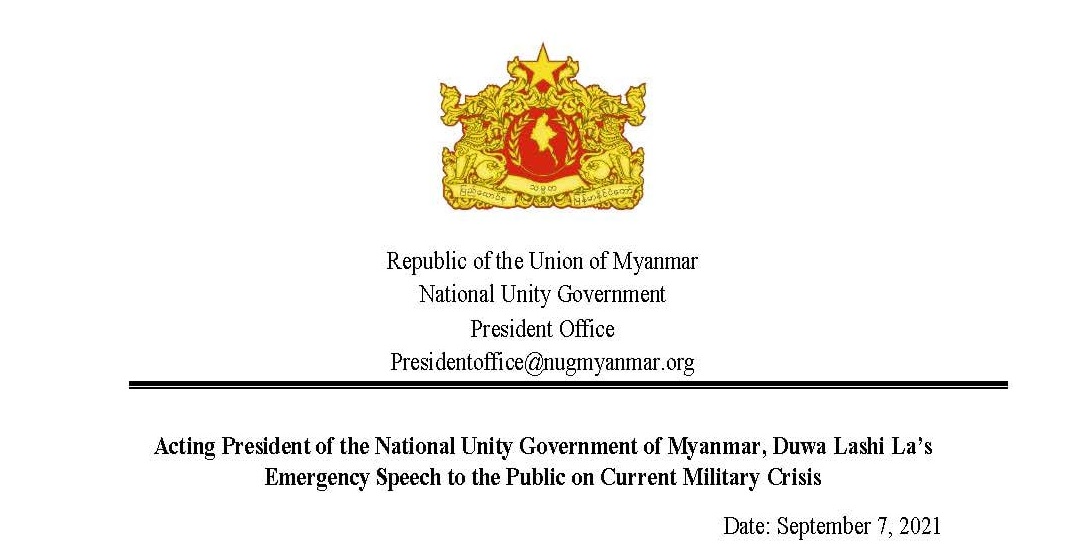 Acting President of the National Unity Government of Myanmar, Duwa Lashi La'sEmergency Speech to the Public on Current Military Crisis Date: September 7, 2021  All the people who live in the Republic Union of MyanmarOn February 1, 2021, the military terrorist group led by Min Aung Hlaing staged a coup from the democratic government elected by the people and formed a dictatorial military council. Following the coup, the people have not passed a day with joy. It has been eight months since the military continuously and cruelly murdered, tortured, detained, and imprisoned using many laws. Now the entire world knows that the military is constantly committing inhumane war crimes by occupying public housings, religious buildings, hospitals, and schools; threatening, arresting, and killing people; ransacking and robbing private properties, and burning villages.Although the people have tried to tolerate it with religious faith, as it has not come to fruition, the people now have used various means of defense against military terrorists. Therefore, with the responsibility to protect the life and properties of the people, the National Unity Government declares as follows;(1) Today, from 7 September 2021, 2 TAWTHALIN 1383, we launched a people's defensive revolution against the military junta. As this is a public revolution, all the citizens within entire Myanmar, revolt against the rule of the military terrorists led by Min Aung Hlaing in every comer of the country.(2) People's Defense Forces, target to control the military junta and its assets in your respective areas.(3) All the military-appointed administrators at different levels of administration, immediately leave your positions.(4) All People's Defense Force, carefully protect the lives and properties of the people.Follow the instructions exactly (that comes from the authorities). Precisely observe all the military codes and conducts prescribed by the People's Defense Force.(5) People's Security Forces, arrange to protect the safety of the lives and properties of the people in your respective villages and towns.(6) All Citizens, avoid unnecessary traveling and mind your personal safety. Save necessary supplies and medications. Assist and protect the people's defense forces and their allies. Timely report the movement of the military council to the PDFs. (7) All Ethnic Armed Organizations immediately attacked the Min Aung Hlaing and the military council with different forms. Fully control your lands.(8) Attack and abolish the dictatorship and military administration with people power. At the same time, closely consult with the people and manage to change into civilian administration.(9) All the Border Guard Forces (BGF) and all the militias being deceived by the junta!From now on, join with the people and attack the people's enemy.(10) This revolution is a just revolution; a necessary revolution for building a peaceful country and an establishment of a federal union.(11) I believe that our neighboring countries, ASEAN Countries, United Nations, and all other countries around the world understand that we do it out of necessity based on the country's current situation.(12) As the people's revolution begins, all the soldiers, the police forces, and civil servants who have been deceived and suppressed by Min Aung Hlaing, immediately join with the People's Defense Forces, and immediately report to the Ministry of Defense and Ministry of Home Affairs of the National Unity Government.(13) From today onward, all the civil servants under the military council, we warn and forbid you from going to the office.(14) We will recognize all those who sacrifice their lives and possessions in this revolution as the country's heroes and heroines.We have to initiate a nationwide uprising in every village, town, and city in the entire country at the same time. Based on people's unity, creativity, intelligence, passion, and persistence, the revolution period will last shorter.We will remove Min Aung Hlaing and uproot dictatorship from Myanmar for good and be able to establish a peaceful federal democratic union that fully safeguards equality and is long• aspired by all the citizens. Only then, the Union of Myanmar will again become a proud nation in the world.Our revolution shall triumph! Duwa Lashi LaActing PresidentNational Unity GovernmentUnion of the Republic of Myanmar 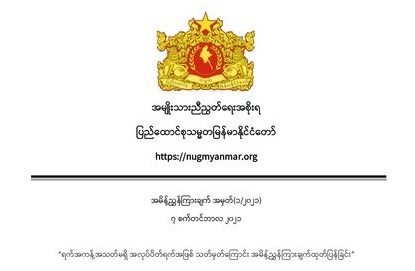 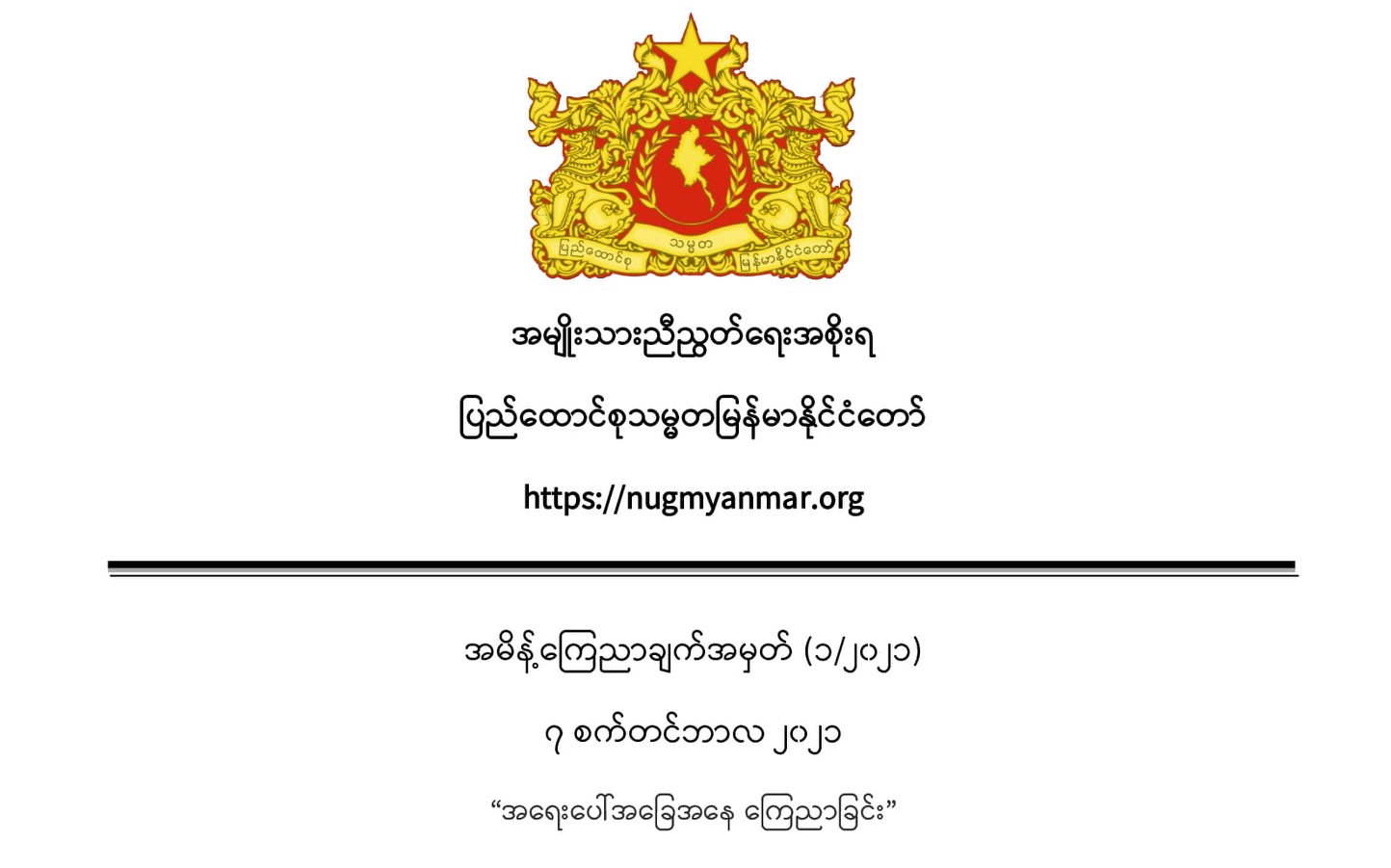