Appointment of NUG Ambassador to ASEAN 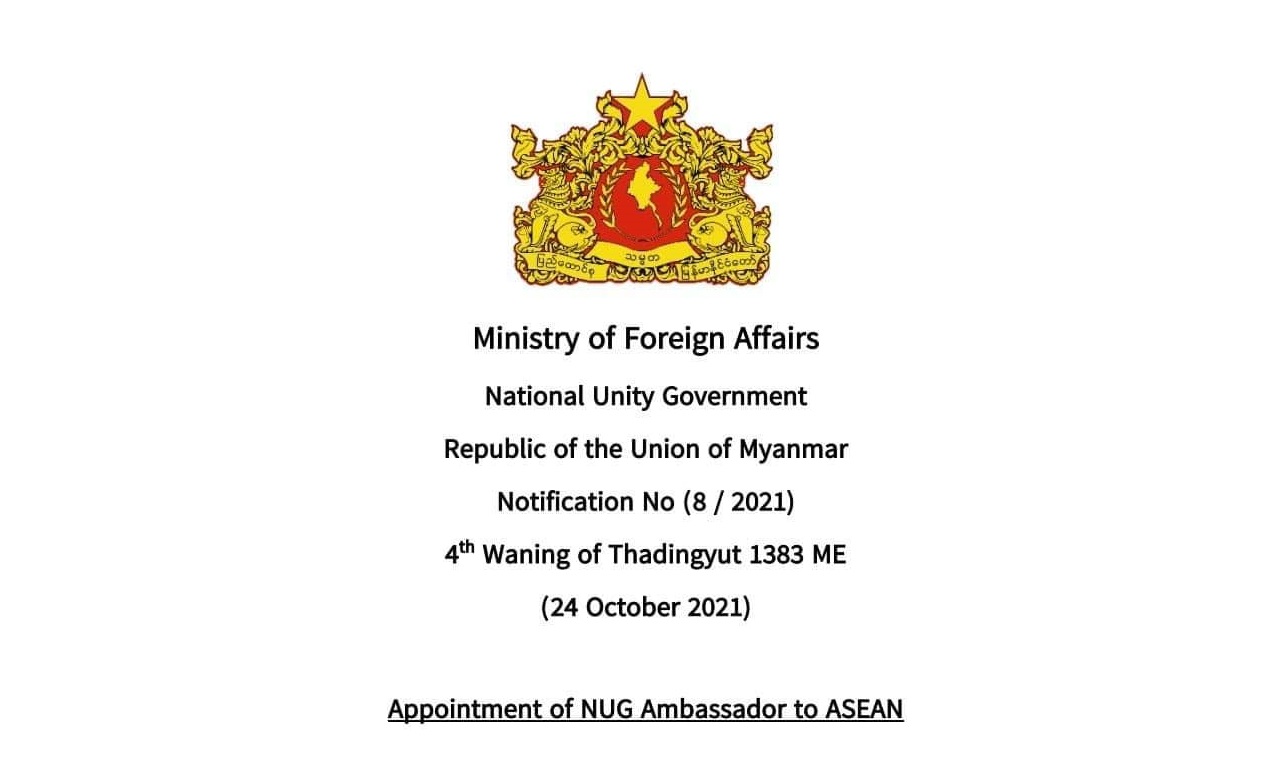 National Unity Government Republic of the Union of Myanmar

Appointment of NUG Ambassador to ASEAN

To promote the relations and cooperation between the Republic of the Union of Myanmar and the Association of Southeast Asian Nations (ASEAN), the National Unity Government of Myanmar has appointed Mr. Bo Hla Tint as the Ambassador of National Unity

Government of the Republic of the Union of Myanmar to the ASEAN as of 24" October 2021.

Biography of U Bo Hla Tint

U Bo Hla Tint was born on December 23, 1957. He grew up at Gaung Oo Bar Village, Western Mogok, Mandalay Division, with his seven siblings. U Bo Hla Tint is currently residing with his family in the State of Maryland, USA while remaining active as a member of the NLD International Network.

He obtained a bachelor’s degree in Civil Engineering from Yangon Institute of Technology (B.E Civil) in 1981.

U Bo Hla Tint joined the National League for Democracy (NLD) and served as a party organizer for Western Mogok after being imprisoned for participating in the 8888 nationwide movements against the Tatmadaw-led State Law and Order Restoration Council (SLORC). In 1990 multiparty democratic elections, he was elected as a member of the parliament representing Mogok Constituency No.2.

He was actively involved in forming the National Coalition Government of the Union of Burma (NCGUB) in 1990. He was initially appointed as Construction Minister, and later served as Minister for Mining Ministry. He was later appointed as the chairperson of the Finance Committee and subsequently as the Minister for Foreign Affairs. In 1993, U Bo Hla Tint took part in the NCGUB delegation led by Prime Minister Dr. Sein Win to the UN General Assembly in New York. The SLORC prevented the return of the NCGUB delegation to their headquarters in Myanmar, which led to U Bo Hla Tint seeking political asylum in the United States. While in the US, he served as Chairperson of the NCGUB, and the Minister for Foreign Affairs based at the NCGUB Washington DC office until the NCGUB was abolished in 2012. 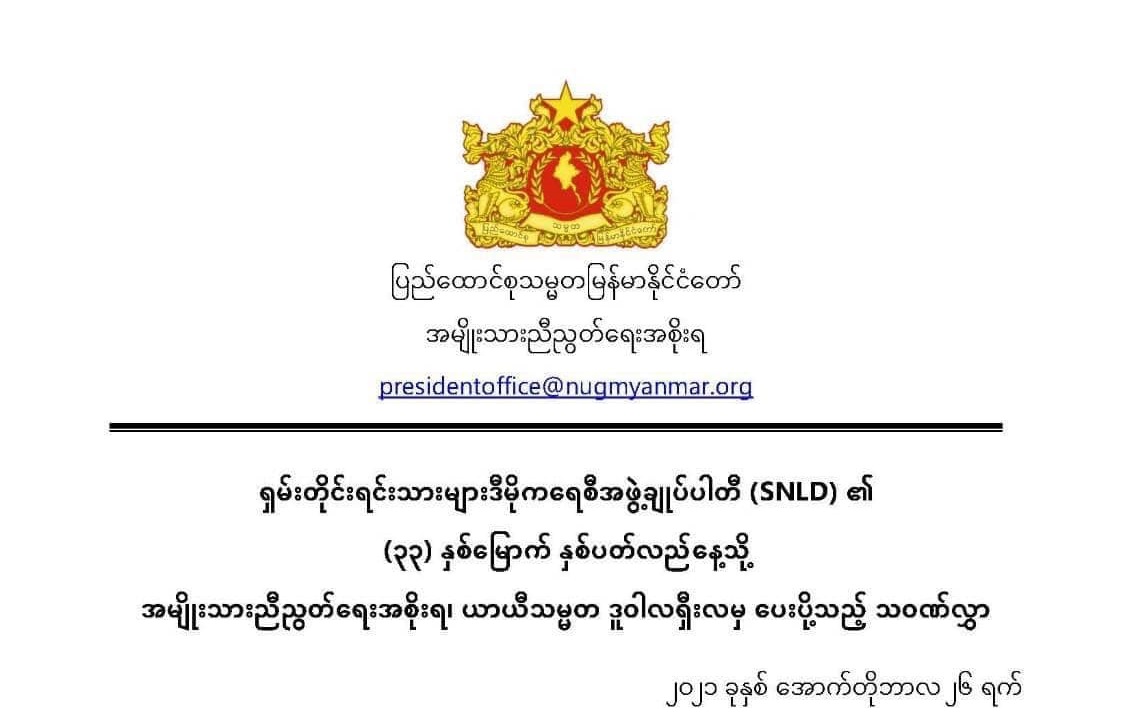